I bought the foz february 24th 2013, which was quite serendipitous, my old civic was having many issues. I found the beloved foz on craigslist, while visiting my brother in Boise, listed for $4500, cash only. I texted the guy, who is also a college student, we met up an hour later, and took it for a test drive, I loved it. It had a few dings, a few very minor issues, but a very thorough maintenance record dating back ten years! I ended up paying $4000 for it, with 179350 on the ODO. :icon_biggrin::icon_biggrin::icon_biggrin: Quite a steal, I must say! :woohoo:

Here she is a week after I brought her home. 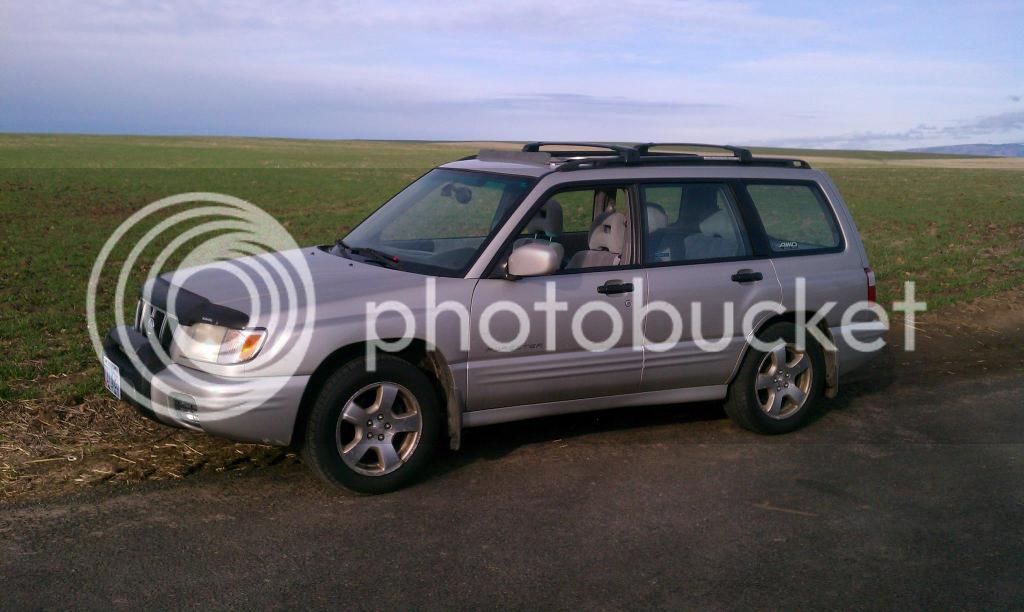 And here she is now!

Now, after a few months reading on this here community, I decided to start modding a bit, wallet skinny as it is! 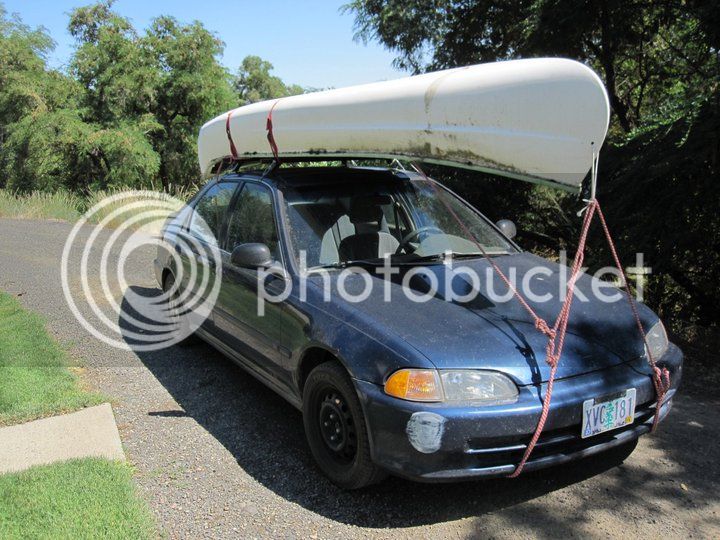 Thanks! The skid plate was a blast to craft!!

Anyhow, subscribed to your Build, And FYI, I can find you a cupholder

1999 Forester 5mt
Joined Apr 21, 2013
·
605 Posts
I got my sign from the county road department, just walked in and asked if they had any retired signs they wanted to be rid of, and voila one appeared for me!

I recently got a cup holder from another member here, thanks for the offer! If I find anything I need, I may hit you up.. They junk yards around here don't stock much in the way of subaru....

Also, thanks for the sub!

1999 Forester 5mt
Joined Apr 21, 2013
·
605 Posts
New as in brand new? Or new as in taken off from your rigs? I was thinkin I should upgrade to 2003 or newer so I can run bigger diameter tires without rubbing issues, but if I end up needing struts, I will definitely hit you guys up!!

2002 WRX Sedan 5MT
Joined Jul 9, 2012
·
592 Posts
Yeah man, If you want to go big and tall, Check out getting some FXT struts off an SG. Those will lift and stiffen you up right quick. However, If you want to replace your stock goodies, I've got a full set of KYB takeoffs that have 20K miles on them. Stock springs and tophats. the goodies.

We could talk about doing like, 300+ Shipping? Something around there?

We wouldn't need to ship either, I have a lady friend that goes to UofO and a couple guy friends at OSU, that I visit every so often. So we could just do a meet! Maybe do a photo op too! Hah

I've gotta find some time for a mod or three! Parts are here, just gotta get em done!

1999 Forester 5mt
Joined Apr 21, 2013
·
605 Posts
True... and my dog is a bit dumb, he ran right into the side of my rig, as I was going up the driveway and he was racing me. Left a dent, he is totally fine, but it was kinda funny!
1 - 20 of 532 Posts
Join the discussion
Continue with Facebook
Continue with Google
or sign up with email
About this Discussion
531 Replies
24 Participants
Last post:
TheWinnman Oct 15, 2015
Subaru Forester Owners Forum
We’re the best Subaru Forester Owners Forum to talk about the best years of the Subaru Forester, modifications and reliability history of the Subaru Forester.
Full Forum Listing
Explore Our Forums
General Troubleshooting and Technical Help Europe Interior and Electronics Members' Journals General Forum
Recommended Communities