The 6 speed gear shifter has 5 sets of bushings, see pic below

The majority of aftermarket kits will sell you B or C, not many sell D/E replacements. I decided to DIY mine - because Hoff does that kinda thing.

My solution was to install Oilite bushes in there, these are brass bushings that pre-impregnated with oil (I'll let you look them up if interested). Lets explain with some pics.

You can see here that I've already dropped the linkage holding C and installed it (I forgot to take pics of the disasembly), the bolt through the middle exits left as the its got a captive nut on the right.
once out of the captive nut pull it down as there is a cut out in the metal bracket - this allows the bolt to clear the chassis and gets removed.


Remove the bracket at the back, its 3 x 12mm bolts
Here is D/E in place. That pin that holds D into the gearbox is a pain to get out.
The bolt holding E in place has two flats on top, use a 14mm to hold it and whizz off the 12mm nut on the bottom.

Here you can see the two flats I was referring to above.
The central spacers were very loose and would wobble around quite freely.

I purchased 2x 20mm, a 14mm and a 10mm Oiltie bush from Bearingshopuk costing me £10 delivered

I used a 20mm+14mm in the long one and a 20mm +10mm in the shorter one - This leaves 5mm at each end which you then trim down the old plastic bush to form the top and bottom hats. This holds the two ajoining arms central when its all back together.
I couldnt source flaged Oilite bushes in the right size which is why I took this approach.

I have no further images as you can see anything different when its all installed back under the car. The final piece to the puzzle will be the B bushing replacement that is due in a few days.

For now though, the difference in how the gear changes feel is very noticeably improved. The slop has been very much reduced and I now realise how bad it was before.

The solid Oilite bushings have increase the vibration from of the gearbox very slightly but nothing over the top. You do get a lot more feel in the gear changes and its like you are connected to the car more.... its hard to explain but I would recommend this mod to anyone and should have done this years ago.

Next up is the DIY short shifter!

Sent from my iPhone using Tapatalk

Joined 3 mo ago
·
33 Posts
Pretty sure Alyn at As Performance has these kits fully made up and in stock - give him a call as I have been using him for years and his prices are always very competetive!

Hopefully the guide above will help other DIYers if required
T 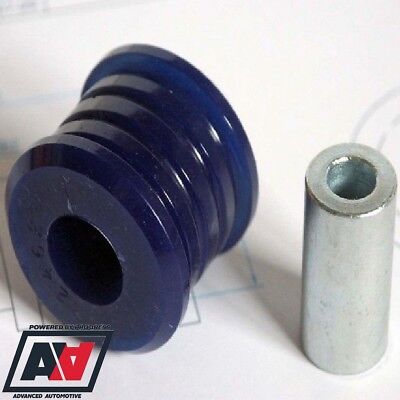 SuperPro Gear Linkage Support Bar F ront Bush Subaru Impreza STi. Sports driving requires a swift fast and direct gear shift and to achieve this the gear linkage needs to be well supported without all the gearbox vibrations being transferred through the gear stick.
www.ebay.co.uk

Joined 23 d ago
·
4 Posts
I'm really glad i read the reviews,the polyurethane bushings are going to cause sound,vibration,rattling and more,skew that ****.i made the mistake of putting polyurethane motor mounts in a scion XB omg the whole inside rattled,sounded terrible and vibrated the whole car inside.so i may install a short throw but forget those poly bushings,glad i read the reviews.driving daily that **** gets old hearing and feeling the vibration,trust me.
192.168.100.1 192.168.1.1 jpg to pdf
1 - 10 of 10 Posts
Join the discussion
Continue with Facebook
Continue with Google
or sign up with email
About this Discussion
9 Replies
6 Participants
Last post:
marchxa 15 d ago
Subaru Forester Owners Forum
We’re the best Subaru Forester Owners Forum to talk about the best years of the Subaru Forester, modifications and reliability history of the Subaru Forester.
Full Forum Listing
Explore Our Forums
Problems, Maintenance, and Warranty Europe Interior and Electronics Members' Journals General Forum
Popular Communities