2012 Forester XT Touring Auto
Joined Feb 2, 2013
·
670 Posts
2012 Forester TX Touring, bought June 2019 w/ 70k miles on it. It has most bells and whistles you could ask for, so just starting out slowly with some cosmetic addons before starting with suspension/engine.

- I did put rubber bump pads on the bottom back of the holder since it only attaches on the top, keep it from scratching.
- the STI shifter knob I got on Amazon for about $75, which was much cheaper than any other site. It's weighted and has a really high quality feel.

- front speakers are in using Metra 82-8900 adapters and some high density foam tape to take care of any rattles.
- rear speakers CAN use 82-8900, however it's not perfect. Preferably use SAK032_55-1
- Metra 72-8104 adapters for the wiring
- front speakers are wired from the front and not through the door cut out. The foam tape provided enough clearance to put the wires in the back.

2012 Forester XT Touring Auto
Joined Feb 2, 2013
·
670 Posts
I mean, there is little question if you should replace the stock speakers. Even with the stock head unit, the difference is night and day with frequency response. Just look at the driver magnet size, it's just silly. Rear stock speaker in picture.

---EDIT 7/1/19---
These speakers sound really really good. Being an audio engineer I'm hyper aware of fidelity and frequency response. The Infinitys sound full and balanced even on the stock head unit. Pretty good low end for what they are. They also a +3dB switch on the tweeter to help get the highs out through the door speaker covers. Useful for balancing out back to front highs if you have tweeter sails.

Install is easy for both. Door guards especially easy if you have good magnets to hold the templates on.

2012 Forester XT Touring Auto
Joined Feb 2, 2013
·
670 Posts
Updated pic, with horns in and flaps on. BTW, anyone who';s getting the Hella horns...you will need to dremel part of the grille out around each horn to make it fit in it's best looking and "stock" location.

2013 Forester 2.5XT Auto
Joined Sep 18, 2018
·
137 Posts
@trajik78 Saw in your first build you went with Swift Springs but saw for this one in the upcoming you mentioned you're gonna go with Pedders. Were you not happy with the Swifts?

bhardy said:
@trajik78 Saw in your first build you went with Swift Springs but saw for this one in the upcoming you mentioned you're gonna go with Pedders. Were you not happy with the Swifts?
Click to expand...

I was happy with the performance of the Swift springs. Did add 1/2" butt spacers to get the rake situated. And the ones I had were the older ones which were a bit higher than the revised springs tat came out a while ago. The Pedders are just a bit lower without being crazy. Hoping they don't need butt spacers. (soz for the late response!)

The original brakes were ok stopping wise, but definitely felt uneven and rough. This kit is so much smoother. Rockauto had a good deal and then got a Powerstop rebate too. So paid $229.51 plus a $40 rebate.

Next is front control arm bushings. These things are notorious for wearing out. Hitting pot holes and big bumps it's noticeable that they need to be changed. Using this kit: Energy Suspension 19.3102R. Goodbye rubber hello polyurethane!

After calling shops and pricing out having the bushings pushed out of the existing lower control arms, it didn't make sense economically to do it. I bought a pair off of Rockauto which have all the bushings in them already and was much cheaper than paying for tons of labor.

2012 Forester XT Touring Auto
Joined Feb 2, 2013
·
670 Posts
Pedders springs are on new KYB shocks. I ended up getting the whole strut assemblies since they come with new top hats and the other stuff that's good to replace. So I changed the springs myself, then had my local shop put them on and do an alignment. I was charge $350 cash price for those looking for a ballpark. I'm very happy with the drop height...not too low and still has enough give to make city driving bearable.

2012 Forester XT Touring Auto
Joined Feb 2, 2013
·
670 Posts
OK, Cobb SF intake has been installed (mostly)...I say that due to one of push retainers on the stock air "director" does not want to go in due to the angle of it being a bit more clockwise than is allowed by this new revision of the SF.

It has a new crushed black feel to it, new Cobb branded plastic washers for the hex screws on the top plate. All that's nice, much of the rest is the same as the first one I had on my 2009 FXT. (see sig for build log)

Next coming, bought and paid for is a turbo back Invidia exhaust (Q300 muffler). I'm so happy I didn't get anything else, because this is what I REALLY wanted. Not often you see the little Invidia badge under a car, but when you do, I think it's dope AF.

Cobb took their Stage 2 maps offline, so hopefully someone can pass them along. (PM me)

2012 Forester XT Touring Auto
Joined Feb 2, 2013
·
670 Posts
Invidia turbo back is in. I still need to replace the throttle body hose, which makes a "whistley flappy" noise due to it having folds in the rubber. At higher boost they unfold and make noise...so thats coming, and why not while im there put in a new TMIC?

btw, all the I needed to snap/sheer off while trying to remove did. Mainly on the heat shield and DP to midpipe bolts. Everything was pretty much rust wielded together, hah.

2012 Forester XT Touring Auto
Joined Feb 2, 2013
·
670 Posts
Tried using an eBay TMIC that was like $240. Just dont. Fitment was trash and didn't include a turbo to intercooler gasket, and it was unable to use the stock rubber o-ring like the Mishimoto TMIC does. Good news was they accepted my return!

2012 Forester XT Touring Auto
Joined Feb 2, 2013
·
670 Posts
Got a STI steering wheel from eBay. It feels brand new and got it for $70 shipped which I feel is a steal. Only issue is slight fitment issue which seems to be on the right hand side of the air bag...just a little off-center...anyone have the same issue?

2012 Forester XT Touring Auto
Joined Feb 2, 2013
·
670 Posts
Found a great used Mishimoto TMIC on FB marketplace being sole in NJ....and the guy knows my (our) tuner MKTuned who's on the site. Gave me a great deal on it as he went FMIC. Fits like a glove and is just another testament to not buying cheap eBay parts which as far as I've experienced are not engineered to any sort of standard and fitment is almost always guaranteed to...just not. Best news is that it fits with my SPT strut brace installed! I was very much fearing it wouldn't and I'd either have to go without one, or buy a different (Cusco/Whitline) brace.

2012 Forester XT Touring Auto
Joined Feb 2, 2013
·
670 Posts
Forgot to mention that Grimmspeed has changed the braket on the EBCS, and there is no documentation on how to properly mount it that is up to date. Through an email they verified as much and recommended tht the proper place to install was the LGT option, which puts one of the ports directly inline with the alternator and makes the hose take a very sharp turn which may pinch. I ended up mounting it like the PDF shows which is under the existing bracket. You will need to find a nut for the OEM screw to mount it this way, but it tucks it underneath the bracket. You will need a bit of extra vacuum line from the port that connects to the air inlet, but it seems to be the way to go. You can see where it is in the picture above with the TMIC.

2012 Forester XT Touring Auto
Joined Feb 2, 2013
·
670 Posts
Installed some LED turn lights that "swipe" like Audi's do. Love them. Just had to transfer the spongy gasket that helps seal out water from the gap around it. 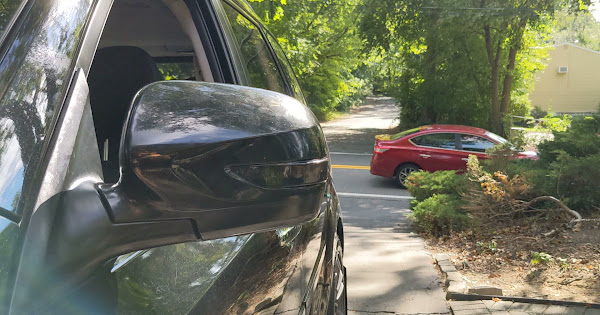