For example, about two weeks ago, I went to get gas at 1/4 tank (the tank is about 16 gallons, so if it is at 1/4 tank it should take around 12 gallons) and its stopping after just 2 gallons, again at 4, again at 9, etc. Seeing this issue, I brought the car to the dealership and after diagnosing the car they said they couldn't find anything wrong with it. So they tried putting gas in it themselves (was at 3/4 tank when they went to fill it) and the car took 4 gallons as it was supposed to. Since the dealership was unable to replicate the issue I got the car back again.

Now after getting the car back and trying to put gas in it again, it is significantly worse. It is to the point where the pump is stopping 15+ times by the time I get to just 10 gallons. I always fill the tank when it gets down to 1/4. Not sure if this issue is only prominent when the tank has less fuel in it? I'm planning on taking the car back to the dealership at 1/4 tank of gas so they can hopefully see what I'm talking about. Just wondering if anyone else has had any similar issues or suggestions
K

My wife’s Hawkeye has the same issue. We’ve replace the filler tube as well. But we have found that some stations she has no problems so we try to use the same station and pump.

also, I find that adjusting the pressure on the lever of the nozzle to help as well. Start at mid pressure then after a while give it the beans.

There can sometimes be problems with the tank vent, because air in the tank has to vent for fluid to go in.
Reducing the gas volume you put in can help, as well as not inserting the filler all the way down.
If nothing else works, take a video of the process of putting gas in the car and show it to the dealer.

2001 Forester L Automatic
Joined Jun 9, 2019
·
478 Posts
I also notice this from time to time with any of my cars. It's gotta be that jacked up smog stuff they put on the nozzles. But also technique seems to help as well. I have found that the pumps at the ethanol free stations work the best since they don't have the boot.

Joined Aug 16, 2020
·
1 Posts
The dealership said they already checked vents/hoses for clogs and found no issues. I’ve tried pumping differently but didn’t see much of a difference. But I’ll try again and see if there is any improvement.

I just don’t understand how for the first year and a half I had the car I was able to pump gas normally with no issues but now I can’t? That makes me question if there is an issue and they’re just missing it. (I know I’m not supposed to use my phone at the pump) but I did take of a video to show the dealership when I bring it in again.

2015 forester, 6 speeds and a quart of oil
Joined Oct 10, 2014
·
168 Posts
I have heard that habitually topping-off or overfilling the tank can cause such issues with venting by clogging the charcoal canister, etc. 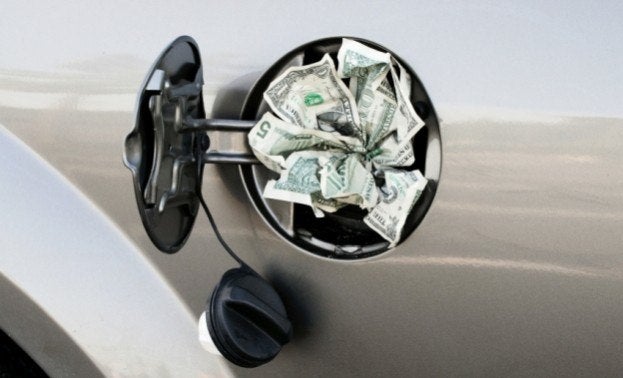 Topping Off: Learn Why You Should Never Top Off Your Gas Tank

It can be a hassle to head to the gas station to fill up every week or two. So when you’re standing at the pump, have you ever topped off your tank, thinking

2016 2.5i Premium CVT
Joined Oct 2, 2015
·
391 Posts
Just a suggestion / question: are you shutting off the engine before you start filling the tank? I had a 2002 cavalier that would do this only when the engine was running. I know, I know... Not supposed to do that but I was leaving the engine running for the A/C.

If you are shutting off the engine when it happens, then I would suspect a problem in the evap system.